« Back to Glossary Index

Manual transmission – a manual gearbox (in everyday life “mechanics”) is a type of gearbox and allows you to be stepwise change the gear ratio (ratio). In contrast, the driver himself manually performs the selection and switching on / off of the gear.

The unit got its name because its design does not contain any electrical or hydraulic devices that are necessarily present in an automatic or manual transmission.
In simple words, a manual transmission allows the driver to independently choose the required stage from the available ones (with one or another gear ratio), depending on the operating mode of the internal combustion engine, load, road conditions, etc.

Features of the operation of a stepped gearbox 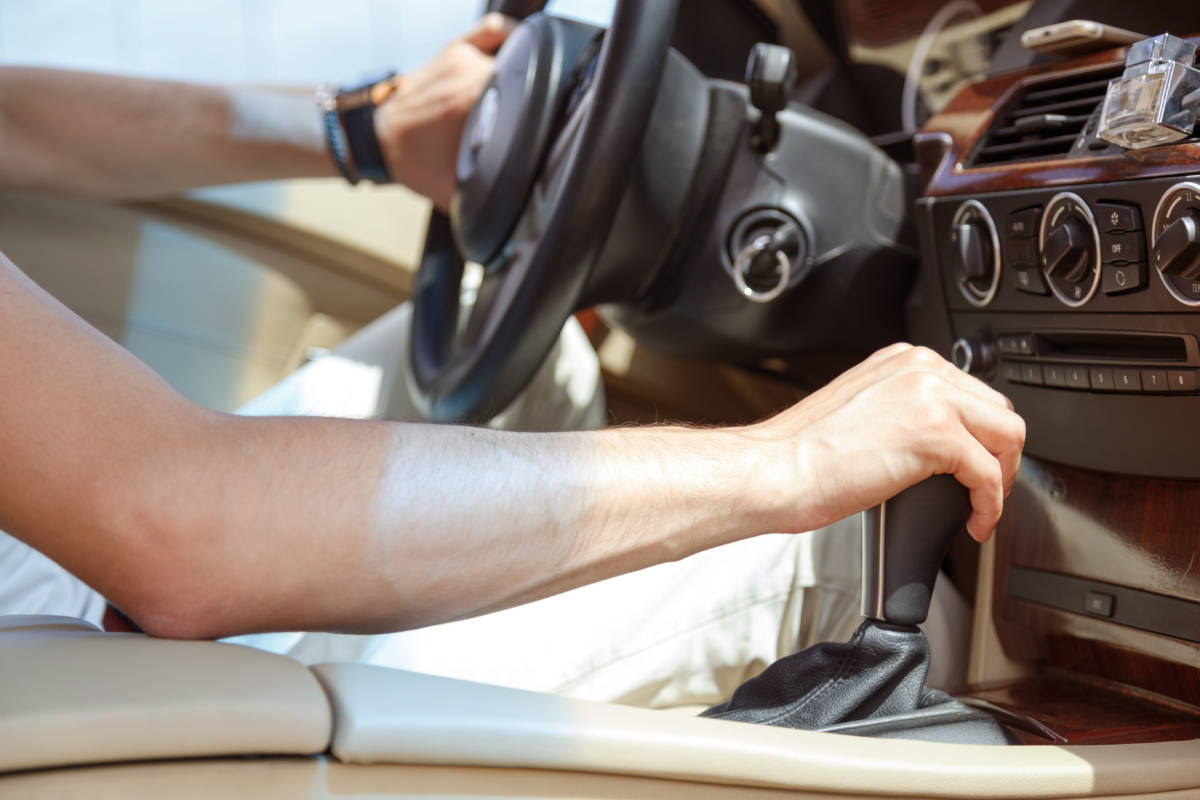 To begin with, this type of gearbox is the simplest and cheapest solution to produce a variable transmission ratio. Also, the mechanical box is easy to repair and reliable enough. The stepped manual transmission itself is a gear reducer in which the gear ratio changes due to the selection of a pair of gears with different gear ratios that transmit torque.

It would seem, given the purpose and general principle of the gearbox operation, the more gears the gearbox has, the easier it is to choose the most efficient operating mode of the entire transmission, depending on certain conditions. Also, fuel consumption will depend on the optimally selected gear. However, in reality, in the case of manual transmission, there are certain difficulties.

As a rule, there are low, intermediate and high gears in a stepped box. There are often two lower gears, and a pair of gears in such gears has the largest gear ratios. These gears are needed to move away and quickly accelerate the car.

Also, the presence of low gears allows you to move at low speed under loads, on snow, washed out dirt roads, etc. Even if the revs are high in low gear, the driving speed will not increase significantly, but maximum power and torque will be transmitted to the wheels.

You should bear in mind that driving in this mode will not allow the car to accelerate to high speed, quickly wears out the engine and leads to a significant increase in fuel consumption, as well as wheels at high speeds may lose their grip, that is, the car starts to slip.

For this reason, after the car has started moving, you need to change to a higher (intermediate) gear. In such gear, the speed of the internal combustion engine decreases, the fuel consumption decreases. However, the thrust and throttle response of the engine also deteriorate since the engine takes more time to reach high speeds.

As for the higher gears, in this case, the pairs of gears with the smallest gear ratio are involved. Such transmissions are needed to move at a constant high speed. The power unit in this mode operates at medium and high speeds, which allows the motor to deliver the maximum power necessary to overcome the resistance that creates the oncoming airflow, etc.

We add that, depending on how dense the gear row is, the less noticeable the decrease in engine speed will be after changing the gear one step higher. In simple words, the more gears in the gearbox, the more actively and smoothly the car accelerates.

Advantages and disadvantages of manual transmission
Given the above, it becomes clear that the main advantage of a manual transmission is the ability to independently select the required gear, which gives full control over the car. You cannot say about automatic transmissions, variators or robotic gearboxes.

However, this is also the disadvantage of this type of gearbox, since driving a car with “mechanics” makes it difficult to control the vehicle and requires certain skills and abilities. It turns out that the main disadvantage of a manual transmission is that the load on the driver himself increases.
Changes in road conditions also require constant gear shifting up or down. As a result, driving a vehicle becomes more difficult, and the driver gets tired faster.

In parallel with this, comfort is reduced for the driver and passengers (if the driver does not know how to use a manual transmission). Also, the lack of basic skills in driving a car with a manual transmission often causes increased fuel consumption, rapid wear of the internal combustion engine and transmission elements. In some cases, the inability to drive “mechanics” becomes the cause of various accidents.

« Back to Glossary Index

We use cookies on our website to give you the most relevant experience by remembering your preferences and repeat visits. By clicking “Accept All”, you consent to the use of ALL the cookies. However, you may visit "Cookie Settings" to provide a controlled consent.
Cookie SettingsAccept All
Manage consent

This website uses cookies to improve your experience while you navigate through the website. Out of these, the cookies that are categorized as necessary are stored on your browser as they are essential for the working of basic functionalities of the website. We also use third-party cookies that help us analyze and understand how you use this website. These cookies will be stored in your browser only with your consent. You also have the option to opt-out of these cookies. But opting out of some of these cookies may affect your browsing experience.
Necessary Always Enabled
Necessary cookies are absolutely essential for the website to function properly. These cookies ensure basic functionalities and security features of the website, anonymously.
Functional
Functional cookies help to perform certain functionalities like sharing the content of the website on social media platforms, collect feedbacks, and other third-party features.
Performance
Performance cookies are used to understand and analyze the key performance indexes of the website which helps in delivering a better user experience for the visitors.
Analytics
Analytical cookies are used to understand how visitors interact with the website. These cookies help provide information on metrics the number of visitors, bounce rate, traffic source, etc.
Advertisement
Advertisement cookies are used to provide visitors with relevant ads and marketing campaigns. These cookies track visitors across websites and collect information to provide customized ads.
Others
Other uncategorized cookies are those that are being analyzed and have not been classified into a category as yet.
SAVE & ACCEPT
Shares

Sell Your Car For Parts

Sell Your Toyota For Cash!

Whether its been in an accident or just a non runner, our supplier network will make an offer. We are connected with a large network of scrap yards. This is the easiest way to get your car sold. Submit the form with the relevant details and sit back and await the quotes!

We buy cars in any condition. Get an instant offer!

GET AN INSTANT QUOTE FOR YOUR VEHICLE NOW!

We buy cars in any condition. Get an instant offer!

We Buy Cars In ANY Condition!